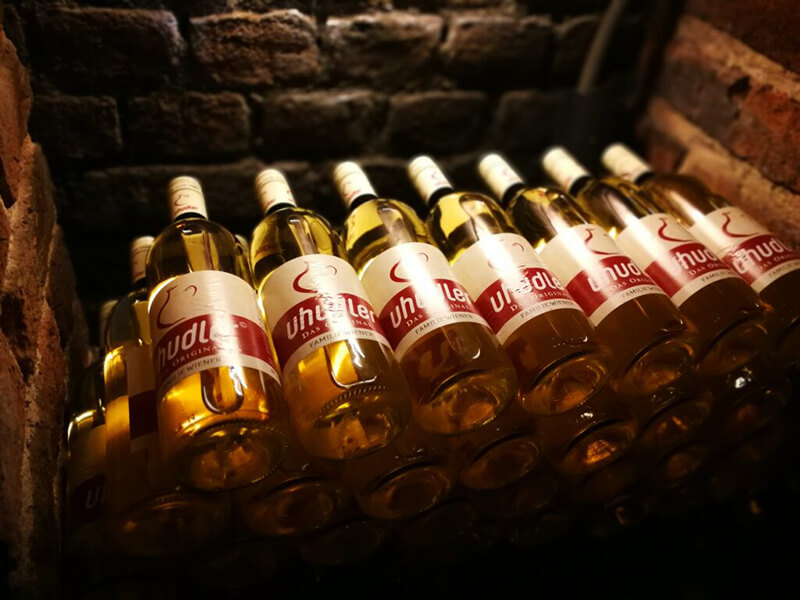 Everyone was talking about it, I mean everyone. I was in Germany for all of 2018 and didn’t have a TV and even if I did, there is no SAP to change the language to the original voice on TV programs there so I wouldn’t have understood anything anyway. But despite the fact that I didn’t have the “normal” way to discover movies, even I had heard of “A Star is Born.” Friends I love and trust were talking about it on Facebook. They were going to see it multiple times. This must be a great movie, a love story for the ages, according to nearly everyone.

So when I finally had the opportunity to watch it, on a transatlantic overnight flight, I was excited. This would be a nice 2 hour distraction on a 12 hour flight.

First of all, what is wrong with people?! This is a story of a completely co-dependent relationship. Love for the ages? A story of an alcoholic man who has trouble accepting the success of the woman he loves. A woman who is living with her father taking care of him, and then falls in love with this guy and starts taking care of him too. He gets drunk and publicly humiliates himself at an awards show and completely embarrasses her.  He gives his support and pulls it away, he keeps her off balance the whole time they are in this relationship. He withholds his love and support when she is ‘too big’ for his ego. He pulls her back down to his level any chance he gets and she rescues him over and over.

This is the movie my beautiful friends with happy supportive and perfect husbands love? Maybe it’s because they have never experienced this kind of abuse. Maybe they cannot imagine how it feels when your lover/husband/significant other is supportive one minute and pulls back the next. They can’t imagine a time that his actions could make them feel small, unloved, and hurt, but never be exactly sure how it happened.  They don’t know what it’s like to feel off balance, think you knew something, but are told you don’t, and finally have trouble discerning what is the truth.

They probably have husbands who actively help them to grow big and strong and fully into themselves, not husbands who are jealous, petty, and insecure. Insecure enough that when good things happen to their wives, they find ways to tear them down or make it all about them instead of about the wonderful things happening to their wife.

“That’s great babe. They really appreciate you at your job. Well done. I wish my job appreciated me. You know they always say they are going to promote me but they don’t. I can’t do anything right. They really have it out for me there, you know? Why don’t they see the potential I have?” (Not a quote from the movie- rather my own loving husband at the time.)

You can probably tell, I have experienced all of this personally. My ex-husband was insecure, self-absorbed, angry, and also a terrible alcoholic. There was a point in the movie, where I was so triggered, that I started to sob and couldn’t stop. I turned the screen off and couldn’t finish watching. The whole time I was wondering HOW? HOW could people see this as a loving beautiful relationship?

Is this really the message we embrace about relationships? Is this what we want to teach our daughters? That it’s ok to love, support, and take care of a man who doesn’t do those things for her? Who doesn’t have enough inner strength to be not only ok, but over the moon thrilled when she is happy and successful in her own right? It’s supposed to be a good thing when she has her own career but has to do all the emotional labor to help him make something of his life too?

I promise you. This relationship is a burden, not a joy. It sucks the life from you. It makes you question your own value and worth. It’s exhausting.

All this before we even talk about the alcoholism. I think I started to lose it when he showed up to her awards program drunk and totally made a fool of them both. Oh sure, “He made a mistake.” “He was sorry after.” Sure he was. Men who beat women are often sorry after, crying and begging for forgiveness. Why do we see this differently?  Alcoholism may be a disease, but that fact doesn’t negate the trauma that can be inflicted on the family of the alcoholic.

One of my great joys was to go to the Minnesota Symphony and hear Sibelius played by the grammy winning orchestra. We were supposed to go that night but he was in a bad mood about something. This was not uncommon. Maybe his computer didn’t work right, maybe he was having trouble balancing his checkbook, maybe I went out with my friends the day before and he was feeling abandoned. He started drinking in the afternoon, early.

I suggested he stay home and instead I would go with one of my girlfriends. No. That was not an acceptable solution even though he was no longer happy about attending. He got drunker and angrier. I was more nervous and scared as the day went on. But also I was more determined not to let his mood and drinking ruin my joy. I loved going to the orchestra.

Despite my determination, he ruined it anyway. We got dressed up and went but he was really drunk by then, and when he was drunk, he was almost always angry. So as we made our way to his office to leave our coats and then walk to the orchestra hall, he was swearing and calling me names under his breath. Before we left the office, he went into the bathroom. I waited outside. For a LONG time.

Finally, I had to go into the bathroom to see if he was ok. He was propped up in the corner, leaning on the hand dryer, passed out standing up. I went and took his arm gently. He shook me off angrily and walked out without a word and headed to the orchestra. I knew in this mood, I could not stop his or change his mind, so I just went along. Hoping the walk, only a few blocks, would calm him a bit.

It did for a while. We made it to our seats and sat down and got through the first song, before he was totally passed our snoring in his seat. (Sigh) Thank goodness for this performance we had tickets way up in the balcony in the back, because after tapping him awake a few times, he finally got so angry with me, he stood up in the middle of the performance, called me a few choice names, loudly, and stalked off. Pushing past people in the rows without even an “Excuse me.”

I had to go with him. He had our coats in his office, and our house keys in his pocket. I was mortified as he stomped on feet and growled loudly, following behind him apologizing all the way out. Once we left the hall and entered the skyway he spent the 10 minute walk back to his office berating me. Not sure for what? He didn’t need a reason.

When we got back to his office, he fell asleep on his desk. I took my coat and the keys and went home. Around 6am the next morning there was pounding on the door and it was him asking to be let in. Of course he was sorry, of course he didn’t mean to ruin our night. Of course, he would work on his drinking and not let it get so bad again, of course.

This was just one time. I lived in constant fear of his moods, his drinking, of what was going to happen if he didn’t like what I did or said or who I hung out with. He didn’t like me to have friends, because he didn’t have any. He didn’t like that I had such a good job, because he couldn’t control me with money. I was too big for him, so I made myself small. It was easier than getting the negative attention. It was easier than having to deal with his angry outbursts, drunk or not.

I was exhausted. I was always on edge. I did all the emotional labor for both of us. I made his life easy. I made things so he didn’t have anything to worry about or stress (he always found things anyway). Just like in the movie, she is managing her own life and career, yet has to deal with him, do the emotional labor for him, and what does she get? Humiliated and embarrassed on a night that should have been about her! The whole night became about him, she wasn’t even able to revel in her own amazing success.

I didn’t watch the end. I won’t spoil it here, because I only vaguely know what happens, and it is, again, all about him. (Sigh)

So, I wonder. What kind of message does this send to our daughters? Our nieces? Ourselves? That we as women sacrifice everything for love and this is supposed to feel/be big, beautiful, grande, and worth it? This is what love feels like? Looks like? Small weak men are worthy of the sacrifice of our bigger happier grander selves, so they can feel good about themselves? That is the kind of love we want to romanticize in movies, books, TV? Well, it must be because we do it over and over and over again. It makes me so sad.

Check out the other awesome entries in this week’s Food For Thought Friday- Movies. 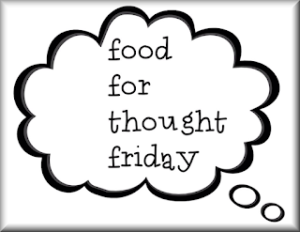 Photo by: Gabriele Strasky on Unsplash 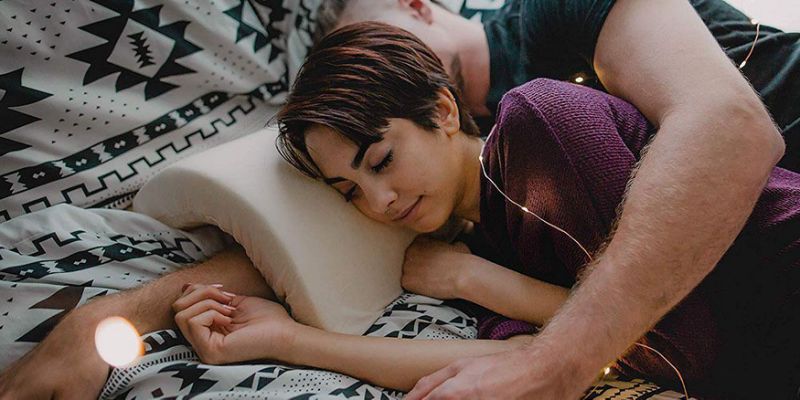 4 Replies to “I Hate the Movie A Star is Born”

Read this in another language! 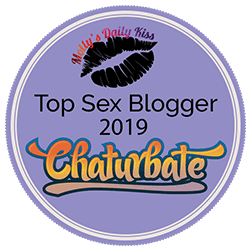 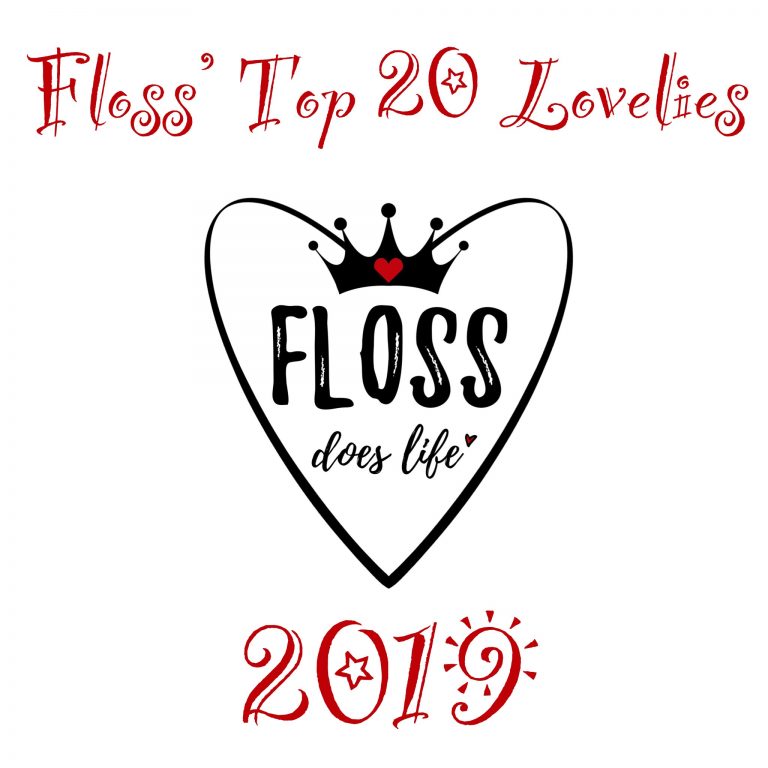